After tallying more than 2,500 yards of offense, UNK quarterback TJ Davis is being considered for the Division ll player of the year award.
Monday, November 21st 2022, 2:06 PM CST
By UNK Communications 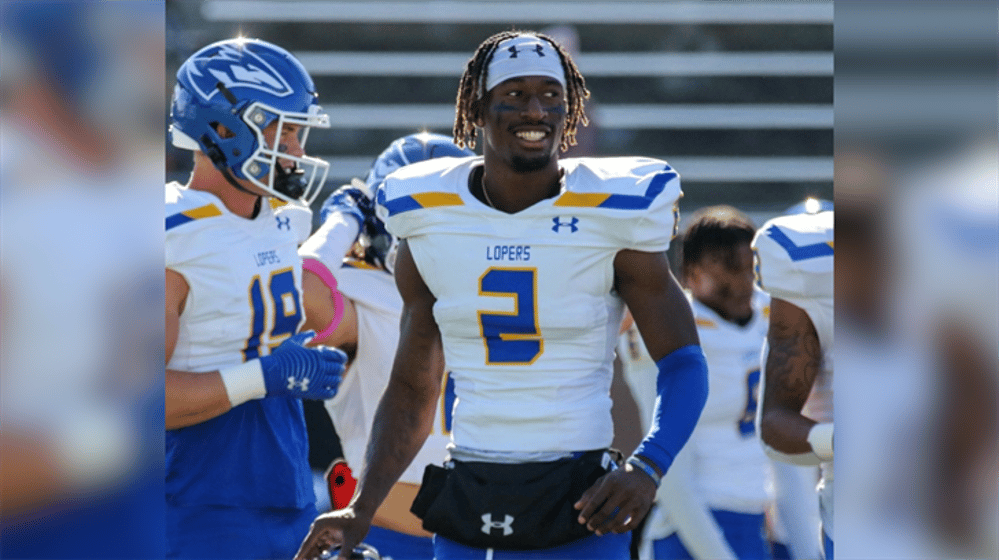 LITTLE ROCK, Ark. - A list of 48 student-athletes from across the nation have been nominated for the 2022 Harlon Hill Trophy as the Division II College Football Player of the Year.

Davis led UNK to an 8-3 mark this past season, totaling 1,136 rushing and 1,370 passing yards with 29 touchdowns (16 passing and 13 rushing). He went over 3,000 career rushing and 4,000 career passing yards, reached 100 career TD's, had 10 straight games with a TD toss and eight straight 100-yard rushing efforts. Subsequently, he repeated as the MIAA Offensive Player of the Year.

The sports information directors at the 164 NCAA Division II football-playing institutions nominate and vote on the award. The 48 initial candidates will be placed on regional ballots and the top two players from each of the four NCAA regions will advance to the national ballot when regional voting concludes on Monday, Nov. 28.

The winner of the 2022 award will be announced on Friday, Dec. 16 and the winner will be honored at the Little Rock Touchdown Club awards banquet on Friday, Jan. 13, 2023.

The Hill Trophy is named for the late Harlon Hill - the former University of North Alabama standout - who excelled with the Lions from 1950-53 before going on to fame in the National Football League with the Chicago Bears.