A Nebraska public school district that shuttered a student newspaper following an LGBTQ-focused edition has agreed to bring it back next year in digital form, according to the teacher who advised the publication.
Tuesday, November 15th 2022, 9:22 AM CST
By Associated Press 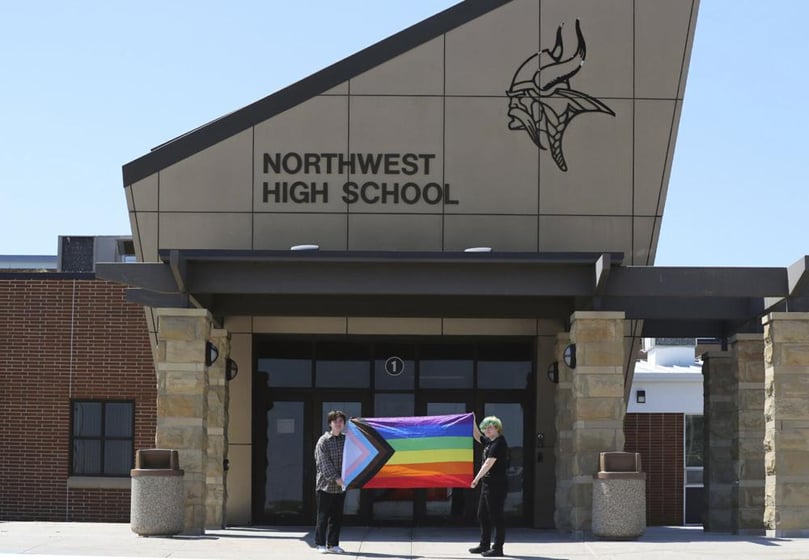 GRAND ISLAND, Neb. (AP) — A Nebraska public school district that shuttered a student newspaper following an LGBTQ-focused edition has agreed to bring it back next year in digital form, according to the teacher who advised the publication.

That’s not good enough, according to a civil rights organization that has said it could take legal action over the closing earlier this year of The Saga, the newspaper at Northwest High School in Grand Island’s Northwest Public Schools.

Kirsten Gilliland, adviser and teacher for the school’s newspaper program, told the Grand Island Independent last week that The Saga will return to the school’s class offerings in the spring semester, but in a digital format and without her at the helm.

The role of advising the newspaper and teaching journalism in the school “has been offered to another teacher,” she said.

Saga newspaper staff were informed May 19 of the newspaper’s elimination, three days after it had printed its June edition, which included an article titled, “Pride and prejudice: LGBTQIA+,” on the origins of Pride Month and the history of homophobia. It also included an editorial opposing a Florida law that bans some lessons on sexual orientation and gender identity and dubbed by critics as “Don’t Say Gay.”

The elimination of the 54-year-old Saga newspaper also came a month after its staff was reprimanded for publishing students’ pronouns and names. District officials told students they could use only names assigned at birth going forward.

An email May 22 email from a school employee canceling the paper’s printing services said it was “because the school board and superintendent are unhappy with the last issue’s editorial content.” Some school board members publicly stated their objection to the Saga’s LGBTQ content.

The Nebraska chapter of the American Civil Liberties Union said Monday that it has been unable to confirm whether the student newspaper and a school teaching program associated with it have been reinstated for next school year.

Northwest Public Schools Superintendent Jeff Edwards did not respond to requests for comment from the Independent and did not immediately return a phone message left Monday by The Associated Press seeking comment.

An attorney for the ACLU, Rose Godinez, said the school district must do more than simply reinstate the student newspaper. In a letter sent to Edwards on Aug. 29, the Nebraska ACLU said the district’s “attempts to quash student journalism and student opinions violate students’ rights to freedom of speech and equal protection” under both the Nebraska and U.S. Constitutions.

To remedy those violations, Godinez said, the district must also develop and implement policies that protect LGBTQ students and the rights of student journalists. It must also publicly acknowledge its errors and affirm its commitment to LGBTQ inclusivity.

The ACLU’s letter warned that it was “exploring all available legal remedies” and issued a notice for the district to preserve all documents, emails, texts and other communications regarding the decision to eliminate the student newspaper program.

The Nebraska ACLU said Monday that the school district delivered within the past few days some public records it had requested.

“We are going through those materials before preparing them for public release and making any decisions on next steps,” the organization said.