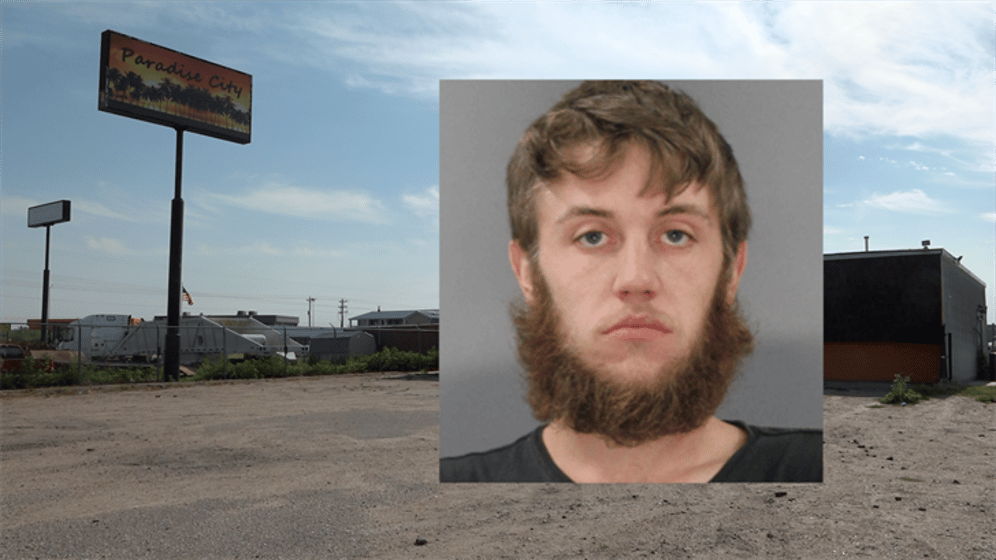 KEARNEY, Neb. —A central Nebraska man could be facing trial on two weapons charges related to a shooting at a strip club.

24-year-old Corey Brestel was charged in August with felony possession of a defaced firearm, a felony, and carrying a concealed weapon.

The accusations date back to the early morning hours of July 31 when the Buffalo County Sheriff’s Office responded to a shooting at Paradise City Gentleman’s Club near Elm Creek.

According to court documents, investigators believe about 30 people involved with the Homietos motorcycle club surrounded two members of the Tribesman motorcycle club in the Paradise City parking lot. The Homietos then allegedly started hitting the two men with a large threaded nut tied to a bandana, causing facial injuries that required hospital care for one of the victims.

During the melee, investigators say someone shot 29-year-old Richard Rios of Houston in the abdomen. He then got in Brestel’s car with two others and the group drove towards Lexington Regional Hospital. Police intercepted the car, transported Rios to the hospital and towed Brestel’s car as evidence.

Deputies say they found three guns in the car. Two of them were hidden, one had its serial number filed off and all three were loaded with a bullet or shell in the chamber. The evidence led a judge to sign an arrest warrant for Brestel on August 16. His first appearance in court is scheduled for September 22.

Brestel waived an evidence hearing this week, and his case has been sent to Buffalo County District Court for a possible trial. His next hearing date has not yet been set.

He is currently in the Buffalo County Detention Center.