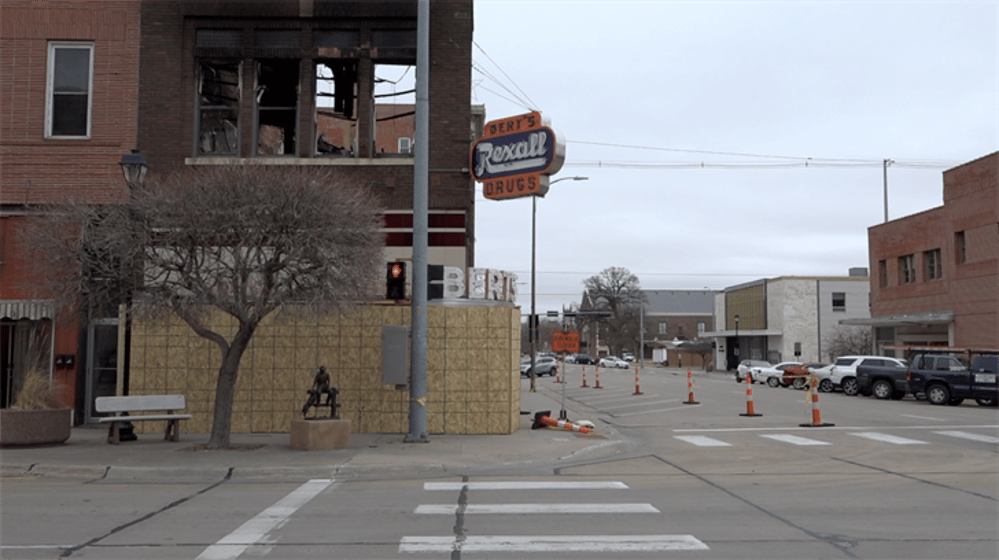 HASTINGS, NE — Downtown traffic in Hastings is being altered after the Bert's Pharmacy building has shifted.

The building on the corner of second street and Hastings Avenue was gutted by a devastating fire on March 13th. According to the city, code officials noticed measurable movement in the structure during a recent checkup. An independent structural engineer backed up the findings and said there's a possibility the building could collapse.

In response, the city has closed off the southbound lane of Hastings Avenue at 3rd street and the eastbound lane of 2nd street at Lincoln Avenue. The area sidewalks are also closed off.

City officials are asking people to stay at least 60 feet from the building. They say the closures will likely remain until the building is taken down. There is no timeline yet for demolition.

Bert's Pharmacy is still serving its customers from its second location. As of March 30, ownership was unsure of what to do with the downtown building. 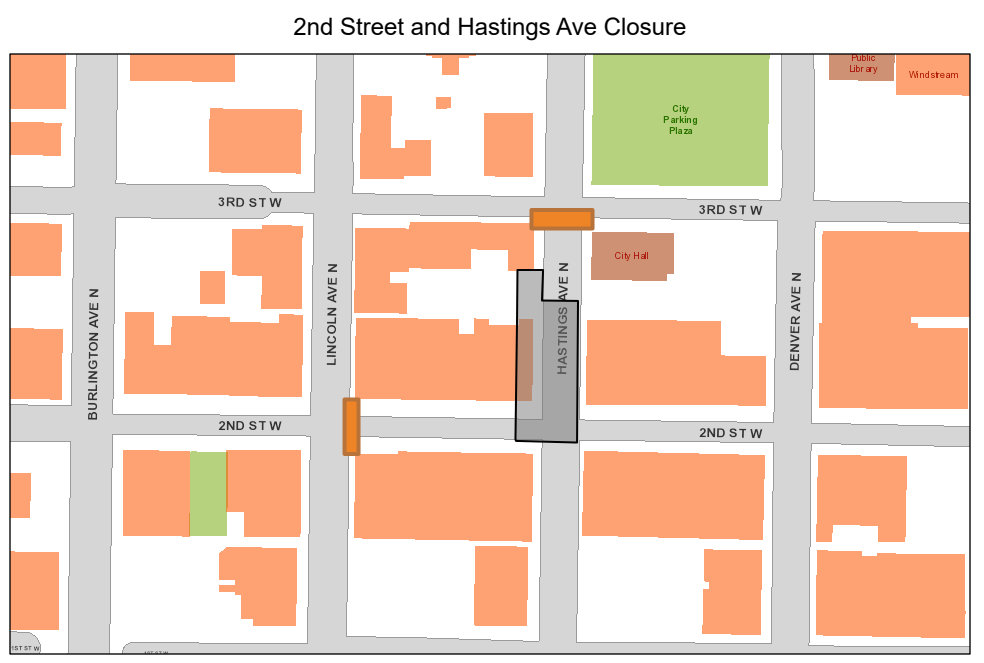