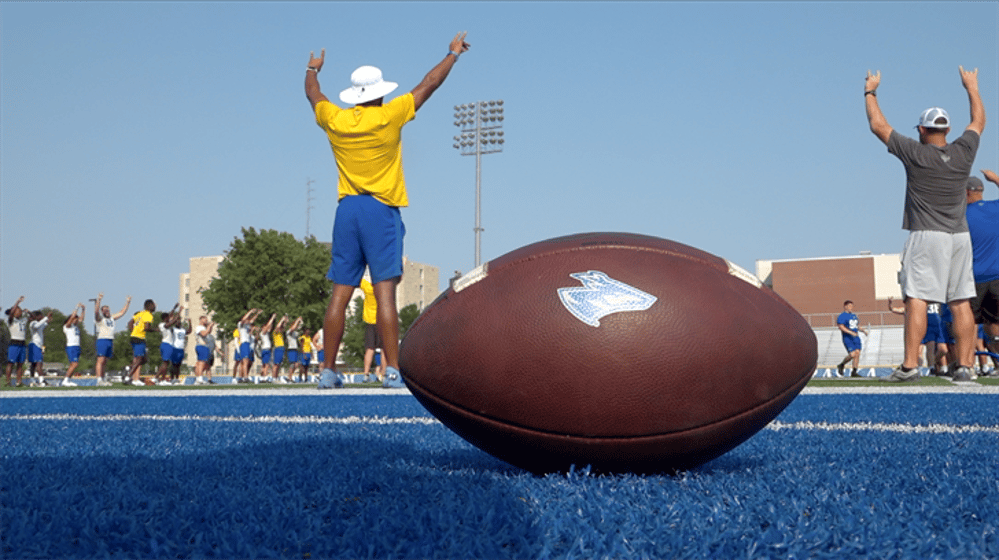 News Channel Nebraska will broadcast the six 2022 home games live from Foster Field at Cope Stadium on its TV network and online through the MIAA Network. Award-winning announcer Michael Shively will handle play-by-play duties and former Lopers assistant coach Scott Hoffman will be the color announcer.

NCN is extending its pregame show to include on-field standups and an exclusive interview with Head Coach Josh Lynn. The postgame show will continue to include a live feed of the postgame press conference with Coach Lynn and select players.

“We are excited to continue to televise UNK football games for the whole state to watch,” News Channel Nebraska Director of Live Events Brandon Aksamit said. “The Lopers are a great team the state deserves to know about. We hope Nebraskans enjoy watching and cheering them on this fall!”

News Channel Nebraska recently expanded its reach in the region. NCN launched on channel 30 on DISH Network in the Lincoln/Tri Cities Designated Market Area (DMA) and the North Platte DMA in March. The two DMAs cover nearly 300,000 households. NCN is also available Allo, Spectrum, other local cable providers and over the air in multiple communities.

The UNK football team was ranked in the top 15 in the country entering the season. The Lopers started the year with a 24-7 win at Missouri Southern State. UNK has steadily improved every season under sixth-year Head Coach Josh Lynn and finished 10-3 in 2021.

The Lopers’ home schedule begins Thursday with a 7:00 kickoff against Pittsburg State (1-0).