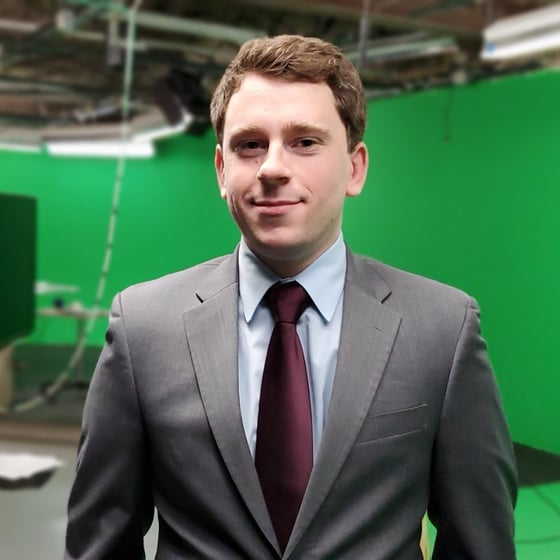 Jeremy Skiba joined News Channel Nebraska in December of 2021, relocating from Marquette, Michigan, where he was the lead anchor for ABC 10 News. He brings a multifaceted toolbox of experience with him. Jeremy graduated from Hofstra University in 2019 with a Bachelor’s degree with a major in Journalism and a double minor in Public Affairs and Radio/Television/Film. As a member of Hofstra’s radio station, WRHU, Jeremy had the opportunity to meet and interview New York Islanders players and coaches at regular-season games, a dream come true for a lifelong Isles fan. Growing up in New York and New Jersey, Jeremy held various positions including being a member of the Athletic Communications Office at Harvard University and the Communications Officer for the New York Red Bulls. He worked as a beat reporter for the New York Jets during the 2018 NFL season and as a Broadcaster for the Sussex County Miners, an independent baseball team. In September 2019, he moved to Michigan where he became the broadcast voice of the Port Huron Prowlers, a Federal Prospects Hockey League team. He even broadcasted a live game from the bench while dressed as the Emergency Backup Goaltender for the Prowlers.

In his spare time, Jeremy can be found fishing, playing golf, and spending time with family and friends. If you have a news tip or story idea, you can send him an email at [email protected].